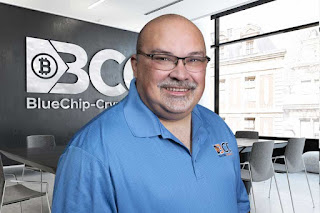 With his mechanical engineering degree in hand, Dave Torres started
his working years as a manufacturing engineer at the Ford Motor Company.  While working at Ford, Dave earned a master’s
degree in engineering from the University of Michigan.  Although his career was progressing quite
well, he had the urge to work for himself and decided to leave engineering in
1994 to start his own financial planning practice.

For 26 years, Dave has served as a financial consultant helping
individuals and businesses develop sound financial strategies for their
retirement.  He used his engineering
problem-solving skills to help his clients build bridges, just now with a much
different set of tools than he had originally had in his toolbox.

In 1999, feeling that the equity market was near the top,
Dave started searching for a system that could provide indicators to his
clients that would signal when to take profits and move to the sidelines with
their investments.  That search brought
Mark Smith into his life.  Mark was
working as a wholesaler for a company that marketed such systems. They soon
joined forces and became partners in a branch office for several years and over
the last 20 years; Dave and Mark have joined forces on many endeavors, which
have allowed them to refine their skills in finance.  Dave usually managed the design process while
Mark typically handled the technical analysis.

Their diversified skills is what they feel has prepared them
for the coming shift in the financial systems which will include a mass
adoption of blockchain assets.  Blue
Chip Crypto is their latest collaboration and what they believe will be
their pinnacle achievement.

In 2002, Dave and Mark had the
pleasure of meeting a Mutual Fund manager from a prominent Wall Street firm in
New York.  This manager explained to be
successful in the financial markets you need to follow the money.  They learned that there are only two types of
investors in the financial markets.  They
are composed of Institutions and Individuals.
Institutions are the big players such as pension funds, large money
managers like a Fidelity or Blackrock, insurance companies as well as our
Federal Reserve.  These institutions control
trillions of dollars and make up 90% or more of the financial markets.  The other 10% is made up of individuals such
as us who control absolutely nothing. Some of these individuals may have a
million or two in the market but they don’t have any control of the market’s
direction.

Individuals are just along for the ride, similar to a pilot
fish swimming next to a shark. The Mutual Fund manager said that if you want to
be successful in the financial markets you have to follow the institutions and
put your money where they put their money.
That totally made sense to Dave in 2000 and it makes even more sense
today in 2021when he looks at digital assets and blockchain technology.  After nine years of studying cryptocurrency, it
has become clear that we are experiencing a wealth transfer from traditional
markets to digital markets. We believe that this wealth transfer is a
transition from one system to the next and will be more of an integration
between systems rather than a replacement of one to the other.

Dave credits his success in the cryptocurrency space to his
engineering approach to building a cryptocurrency portfolio.  When solving an engineering problem every
engineer knows each problem is unique but will then follow the same process. To
solve the problem one must first approach it from an understanding of what is
currently known about the problem, and more importantly, what is also unknown
about it.  Engineers understand that the
risks will come from what they don’t know about the problem rather than from
what they do know about it.

Therefore, if the problem we are trying to solve is to build
a cryptocurrency portfolio that survives mass adoption of this new asset class,
then we must have a process for building that portfolio.  The portfolio we build must be based on the
information we currently know about the cryptocurrency space at that moment in
time but must include strategies to navigate through changes that will happen
during the adoption process.

This approach to investing in cryptocurrency is not about a “get
rich quick strategy”.  However, by
understanding the space and implementing a process to build a sound portfolio,
we as Blue Chip Crypto believe,
that one can ultimately get rich in the process.

Dave also credits his success in the crypto space thus far to
his understanding that change is constant. He believes, wholeheartedly, that
the universe always favors a prepared mind.  As a result, he has learned to embrace change
rather than fight it.  Having a never-quit attitude, 25 years experience in finance, a wife of 33 years, and an understanding
that all successful technologies will follow the same s-shaped adoption curve
has helped Dave be patient and stay on course throughout what has been and will
continue to be a volatile adoption process.

Dave has made mistakes along this crypto journey and
offers his “failing forward” experience and especially his mindset as a gift to those looking to
start or continue their journey into this new asset class with Blue
Chip Crypto.

Everyone is wild about nonfungible tokens (NFTs). The first half of 2021 alone saw NFTs from Andy Warhol, NFTs of the code for the World Wide Web, the first-ever Tweet and, of course, the famous $69 million NFT sale of Beeple’s “Everydays.” Whether this explosive rise of NFTs is a flash in the pan or […]

Electron Cash, a leading bitcoin cash wallet, has implemented a new feature called Reusable Payment Addresses. While still in its testing stages, this feature is a tool that can be leveraged to acquire a deeper level of privacy for your transactions, due to how it detaches public addresses from payment history, giving Bitcoin Cash some […]