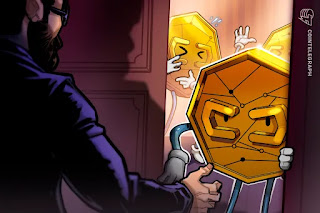 Over the past month, we have seen the IRS, the tax-collecting agency of the United States, send out more than 10,000 warning and action letters to suspected cryptocurrency holders and traders who may have misreported digital assets on their tax returns. Letters like the 6174-A, 6173 and CP2000 have appeared in the mailboxes of cryptocurrency traders throughout the country, and the crypto tax software company that I run has seen an influx of frantic customers coming to us for tax help out of fear of penalties.

Allow me to break this down further.

How is cryptocurrency taxed in the U.S.?

In many countries around the world — the U.S. included — cryptocurrencies like Bitcoin are treated as property from a tax perspective, rather than as a currency. Just like other forms of property — stocks, bonds, real-estate — you incur capital gains and capital losses that need to be reported on your tax return whenever you sell, trade or otherwise dispose of your cryptocurrency.

It doesn’t come as a huge surprise that many enthusiasts have not been paying taxes on their cryptocurrency activity. Because of this, it actually makes a lot of sense why the IRS has started carrying out these enforcement campaigns. However, the agency is using information that is extremely misleading, and it is leading to problems. This misleading information starts with Form 1099-K.

Cryptocurrency exchanges like Coinbase, Gemini and others issue 1099-K’s to users who meet certain thresholds of transaction volume on their platforms. The IRS states on its website that the 1099-K is an information return used to report third-party network transactions to improve voluntary tax compliance.

In plain English, the 1099-K is used to report your gross transactions on a third-party network — in this case, a cryptocurrency exchange. This means that all of your transactions, buys, sells, transfers, etc. are summed up and reported on a 1099-K. If you meet certain thresholds — gross payments that exceed $20,000 and more than 200 such transactions — you and the IRS are both sent a copy of this 1099-K from the cryptocurrency exchange. The IRS is using these documents to monitor who is and isn’t paying taxes correctly.

These “gross transaction” reports can quickly get extremely large for high volume cryptocurrency traders. Remember, every transaction you made is being summed together on this form. I purchased $1,000 worth of Bitcoin, and then traded that Bitcoin in and out for Ether (ETH) five times, and my gross proceeds are now over $6,000 — even though I only ever “put in” $1,000 cash! This is because all “buy” transactions are added together to report gross proceeds, and in this case, I technically had six different buy transactions and six different “sell” transactions — a Bitcoin trade into ETH is considered both a buy of ETH and a sell of BTC.

You can see how this number can become extremely large for a high volume trader. At CryptoTrader.Tax, we’ve seen 1099-K’s from customers in the millions of dollars range when the trader only ever had a few thousand dollars worth of crypto.

Why this is so problematic

1099-K’s are reporting gross transaction amounts and are being sent to the government. Yet, the numbers reported are completely irrelevant when it comes to tax reporting, as you are only actually taxed on your capital gains and losses.

Again as an example, say you purchased $10,000 worth of Bitcoin in April and then sold it two months later for $9,500. You have a $500 capital loss that would be deducted from your taxable income. However, reported on 1099-K, nothing is said of your net loss; the form only tells the government that you have $19,500 of gross cryptocurrency transactions.

Ultimately, 1099-K is not a form that should be used for tax reporting purposes, yet the IRS is relying on it for enforcement. Many people often mistake the 1099-K that they receive from cryptocurrency exchanges with the typical 1099-B that they might receive from their stockbroker or other investment platforms outside of crypto. The 1099-B is the correct form that reports all necessary information required to calculate and accurately report capital gains and losses — including cost basis and fair market value of your investments. It’s very easy to determine your total capital gain and loss with this form, contrary to 1099-K.

The fact that the IRS is relying on 1099-K to issue action letters is problematic. Unfortunately, cryptocurrency exchanges do not have the ability to give you an accurate Form 1099-B.

Because cryptocurrency users are constantly transferring crypto into and out of their exchanges, the exchange itself has no way of knowing how, when, where or at what cost (cost basis) you originally acquired your cryptocurrencies. It only sees that they appear in your wallet on their platform.

The second you transfer crypto into or out of an exchange, that exchange loses the ability to give you an accurate report detailing the cost basis and fair market value of your cryptocurrencies, both of which are mandatory components for tax reporting. In other words, cryptocurrency exchanges do not have the ability to provide you with the necessary information to calculate your capital gains and losses. This also means that they also don’t have the ability to provide you with a 1099-B.

Coinbase itself explains to its users in its FAQs that their generated tax reports won’t be accurate if any of the following scenarios took place:

These scenarios affect millions of users.

So, if you received a warning letter from the IRS, don’t panic. As long as you have been properly filing your cryptocurrency gains and losses on your taxes, you should be fine. The absurdly high numbers that you are seeing on these letters are oftentimes irrelevant. Nonetheless, it is a good idea to consult a tax professional who is familiar with cryptocurrency for further help and clarification — especially if it’s an action letter.

The views, thoughts, and opinions expressed here are the authors alone and do not necessarily reflect or represent the views and opinions of Cointelegraph.

David Kemmerer is the co-founder and CEO of CryptoTrader.Tax, a tax reporting platform for cryptocurrency investors.

Cardiff-based cryptocurrency insurance startup Coincover has launched an insurance policy covering theft and loss. Local news outlet Whales247 reported on Sept. 24 that this is “the first and only service to guarantee digital funds held online will not be lost or stolen.”  Coincover’s service reportedly monitors the wallet at all times and issues warnings in case of […]